Cosmetic Innovation GlobalRadarCould the Human Virome be the Next Skin Care Target?

According to John Jiménez, senior exploration scientist at Belcorp, Colombia, with the COVID-19 outbreak and responding influx of hand sanitizer and cleanser formulations, personal care products making antiviral and disinfectant claims are especially hot right now, as you might expect.

“I [recently attended] … a webinar that showed several products specifically communicating virus protection,” Jiménez told Cosmetics & Toiletries. Examples ranged from sanitizing room spray and surfacing cleansing wipes, to laundry detergent and hand soaps. “The projection, I think, is that many cosmetic companies will begin to launch products with claims and R&D departments need to understand more about this claim. I think this is the beginning.”

Jiménez and Cosmetics & Toiletries therefore sought experts researching this novel field to comment on the human virome as a potential skin care target. Following are their responses.

What is the human virome? How is it organized on the skin?

Besides bacteria, the human microbiome also includes viruses and fungi; the virome and mycobiome, respectively. Therefore, the human virome is a collection of all the viruses found in or on human organs—such as the skin—and including both eukaryotic (organisms whose nucleus are enclosed within membranes) and prokaryotic (organisms lacking a membrane-bound nucleus) infecting viruses.

Concerning the human skin microbiota composition, we know that viruses make up the majority; however, their role in skin health and appearance is almost unknown. In fact, the few affords thus far spent on understanding the virome have been mostly focused on pathogenic and high virulent virus strains, especially given the current high cost of molecular science. Nevertheless, these few studies have allowed science to discover the presence of human viruses associated with skin cancers and a range of cutaneous manifest­ations.

Despite the importance of the human skin virome, the current knowledge of its role is very little, and its organization and interactions with host microbiome are poorly understood. In the context of the COVID-19 pandemic, we expect this topic will be addressed at a basic research level thanks to technological advances to explore, in depth, skin in good health that accounts for the human virome.3

Science has identified that different types of viruses exist, similar to bacteria. Are there “good” viruses for the skin?

All viruses present onto the human skin are pathogenic to some organism but when a scientist talks about “good” viruses, this usually refers to bacterio­phages. These phages exploit bacteria cells to death for their replication and multipli­cation. However, in some situations, bacterio­phages can benefit specific bacterial species with a probiotic effect on human health.

One example is in the intestines, where resident bacterial of the gut microbiota can be infected by phages. Rather than quickly replicating inside of cells and causing them to burst, they remain in a pro-phage stage, incorporating their genetic code into the bacterium genome and awaiting the reactivation of their lytic cycle in the presence of specific environmental stimuli.

In such a “standby” situation, a symbiosis between the two microorg­anisms is set: on one side, the bacterium provide protection to the virus genetic code and on the other side, the virus provides the bacterium with a new set of genes that may augment the cell fitness in the environment by broadening its niche.4 Once the viral genome has been integrated into a bacterium DNA, the viral genetic material also can be transferred between individual bacteria.5

As a host, skin has been studied for potential interaction with bacterio­phages. In particular, speculation has been made about the possible utilization of phages in prebiotic therapies. One study in 2020 has highlighted the importance of bacterio­phages on psoriasis lesional skin. More specifically, this study identified the presence of a biological correlation between a specific skin virome composition and psoriasis lesions.

In addition, two differen­tially abundant phage species—Acinetobacter phage Presley and Pseudomonas phage—have been shown to suppress host bacteria numbers, which are known to be linked to lesional skin wounds. These findings pave the way for the development of probiotic phage therapies for skin health in the case of psoriasis.6

Do the virome and microbiome interact? If so, how?

The virome and microbiome interact; this is a reality. But as of yet, we do not have robust evidence about this interaction on the skin. The main limitations in discovering this exciting and complex world are the types of techniques available to conduct this research.

Again, one example comes from gut virome. Here, a large number of viruses can be counted belonging to different families that can not only infect our own human gut cells, but also infect other commensal organisms, thus directly impacting our well-being.

Still, despite its predominance, the virome remains one of the least understood components of the gut microbiota. This is due to the absence of a full human virus genome database—for now. Luckily, costs are coming down to make new molecular research technologies more affordable and this will shorten the gap.

Based on its intercon­nectivity with all living cells, it is clear the virome cannot be studied in isolation but instead must be related to other organisms associated with the microbiome and human host cells as well. The gut virome and the gut bacterial microbiome share similar trajectories and interact in both human health and disease.7

The interaction between viruses and the microbiome happens mainly with bacterio­phages, which kill commensal and pathogenic microbes; or via a symbiotic relationship between two microorg­anisms, through a genetic material exchange. Other forms of interactions may still occur and have yet to be validated.

Recently, scientific publications have reported that individuals infected with COVID-19 also have skin afflictions. What are the most common manifestations on skin?

Virus infections involve our immunity and can induce a tremendous multi-component inflammatory cascade that can also impact skin health and appearance. This is confirmed by a paper that appeared in March 2020 based on the observation of COVID-19 patients in Italy: 20% of patients manifested skin modifica­tions. No lesions were reported but exclusively rashes, redness and oedema. Furthermore, exanthematous eruptions potentially related to COVID-19 disease were highly variable and heteroge­neous.8-10

COVID-19 is changing consumer habits. Just as the microbiome has represented a major trend in cosmetics R&D, could the virome be one of the next trends for cosmetics and skin care?

In our opinion, the knowledge of the microbiome’s role and its evolution on skin is still a big research topic; one could argue this will be endless. Surely the scientific knowledge and tools to explore the skin virome are much more sophisticated than those required to study a bacteria population.

As noted, viruses cannot be studied as single organisms, however; and they require the presence of a prokaryotic co-host or hosts. Therefore, it will not be enough to focus on the role of the virome in skin health, but rather the effect of specific microbiota as a whole living population. Cosmetic trends rely on claims that could be associated but because of the complexity of this microbial community, we think that we are far from this scenario.

Could it be feasible, in the future, for ‘cosmetic’ products to have action against specific virus strains? How might this benefit the skin? What is your opinion of an ‘antiviral’ or related claim for cosmetics?

These questions are related to regulatory issues; for example, products having activity on viruses…are maybe virucidal? This is beyond the definition and regulatory framework for cosmetics.

It is possible this could become a common claim in future sanitizing and cleaning products?

[No comment on the claim.] In relation, an effort should be made by all testing laboratories, either for clinical or preclinical testing, to develop and use validated and universally accepted experimental protocols for testing these alcohol-based solutions or gels.

5 ways to draw wew beauty consumers to your brand

Sustainability, Sun Care and Self-care on the Rise Amid COVID-19

Could COVID-19 be the tipping point for sustainability? 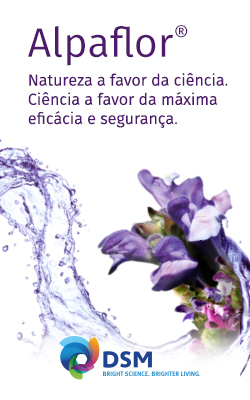 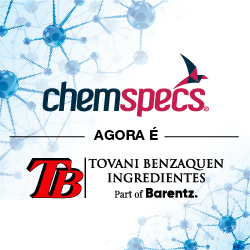